Tough we often think of 1862 prior to Antietam as a year of Confederate successes, the early portion was beset by a number of defeats. Blame for setbacks such as the Battle of Roanoke Island (see blog on February 8th) was especially placed at the feet of the Confederate War Department and Secretary of War – Judah Benjamin. 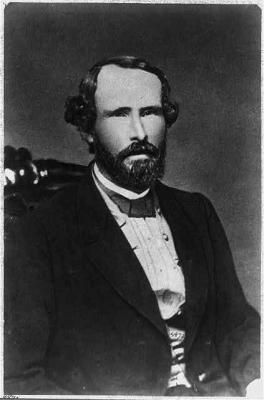 So on this date 150 years ago, Jefferson Davis made some Cabinet changes – moving Benjamin to Secretary of State, while appointing George W. Randolph as Secretary of War. Randolph was the grandson of Thomas Jefferson and was actually born at Monticello.

Randolph was the third of a total of five Confederate Secretaries of War – serving throughout most of the remainder of 1862. He strengthened western and southern defenses, along with improving the order of the department in terms of procurement, organization, and conscription policies. Conflict with Jefferson Davis and poor health due to tuberculosis led to his resignation in November.

Judah Benjamin is also an interesting Confederate character. He was the first Attorney General (of four), the second Secretary of War (of five), and the third and final Secretary of State (the first being Robert Toombs – famous at Antietam for commanding the Georgia troops overlooking the Burnside Bridge). 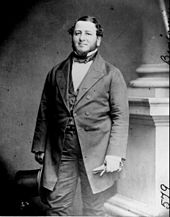