The Irish, Whiskey, and the Civil War

Since today is a day to celebrate the Irish, I thought I’d relate some Irish stories originally written by my guy Abner Doubleday. The Irish are a bit famous for their love of whiskey, and that is indeed a time when Doubleday seemed to most talk about them.

For example, he wrote of a humorous incident that took place early in the War during his service under General Patterson. This event likely occurred close to the Virginia/West Virginia region near the Antietam Battlefield. He said: 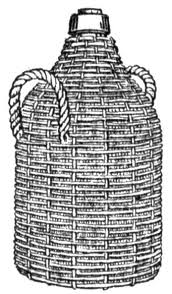 “In the Shenandoah Valley campaign, an officer found that some of his men had managed to slip a demijohn of whiskey into one of the wagons, in consequence of which they were becoming quite hilarious.  He stopped the train, took the demijohn out and emptied it on the grass.  An Irish soldier who was very much interested in this proceeding looked on ruefully at the sacrifice and said to a comrade, ‘Dennis, if I’m kilt in the next battle, bring me back and bury me here.’”

It is well-known that a great many of the soldiers of the Civil War were from immigrant ranks, particularly the Germans and Irish. Doubleday is an attitudinal product of his age – while recognizing and often respecting the serious fight these men brought to a battlefield, he also maintained the prejudicial attitudes commonly extended to these classes of people.

Of these immigrant peoples he wrote: “The popular opinion that the dangerous classes make good soldiers is wholly erroneous. … In regard to nationalities so far as my experience goes, Americans from the rural districts, who have pride, patriotism, and self respect, are the best soldiers in the world. A great part of our army, as at present is constituted, is made of emigrants from Europe, who find themselves penniless and without employment in our great cities. They enlist for a livelihood. Of these the Germans are the most desirable. They have been accustomed to a stern military regime in their own country and hence are better fitted for service than the others who are wholly undisciplined. As they rarely indulge in anything stronger than beer they are always quiet and orderly. A rollicking devil may care Irishman who is fond of whiskey will keep an entire garrison in an uproar. He is always ready for a fight and may be depended upon when there is real danger, but these qualities hardly outweigh the serious disorder he occasions at times. He is warm-hearted too, fond of his officers and somewhat reckless of consequences. His humor is inexhaustible.”

Abner Doubleday was not fond of nor patient at all with alcohol, and had a reputation as a total abstainer … not common then, nor now! His view of alcohol is revealed in this excerpt:

“In my judgment, liquor is the bane of army life. Three-fourths of the troubles which arise in garrison or upon the march may be traced to it. How to keep it out is a problem unsolved, and so far as I can see, unsolvable. Prohibition does not prohibit—not even within garrison lines. I have proved that over and over. The strictest prohibitory orders only make the matter worse. When I issued them, whiskey came in—in loaves of bread, in watermelons, in buckets with false tops masquerading as innocent milk. Once a large number of full canteens were smuggled in under the skirts of a camp laundress. Indeed, the ingenuity of the men was boundless when it came to the matter of getting in intoxicants.”

(These accounts are from a typewritten manuscript Abner Doubleday wrote – likely a couple decades after the Civil War – as extensive notes for a book he was apparently contemplating on Army life.)