In the week prior to this date of March 11, 1862, President Lincoln had summoned General McClellan to tell him rather bluntly that his lack of action toward moving the Army had caused even some accusation that the General wished to see the Washington captured by the Rebels. This stimulated a very angry reaction from McClellan, even as the President assured him that he had no such view of the matter.

McClellan proclaimed that all doubt would be removed by the support (through a vote) of his 12 divisional commanders of his Urbana Plan to move upon Richmond. The actual vote was 8-4. Lincoln and Stanton, though still dubious, had little they could do but go along with the plan… given the support McClellan largely enjoyed from the entire Army. 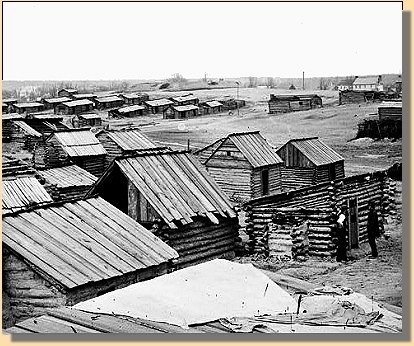 So, on March 8th, Lincoln issued the order approving the Urbana Plan, providing McClellan allowed enough protection for the Capital.

Three days later on the 11th, another order removed McClellan as General-in-Chief, with Lincoln saying that, due to the General’s duties now taking him to the field, he could no longer “do it all.”  Lincoln and Stanton would handle the responsibility.

McClellan responded well – having received his primary desire to see his plan approved, the General even wrote to his political Democrat friend Samuel Barlow of New York: “The President is all right – he is my strongest friend.”

At this same time, the Confederates who had wintered in nearby Manassas retreated south. A march to the camp by McClellan and the Army revealed that the encampment had clearly not housed but even half the number the General claimed. Additionally, “Quaker guns” – logs painted to look like cannons – caused a great deal of embarrassment for McClellan. But the Little Napoleon was now fully focused upon his new endeavor to capture Richmond.