150 Years Ago Today – The Battle of Williamsburg

For those who have followed this Sesquicentennial series of blogs, you may rightly note that it has been awhile since we have heard from General George McClellan and his efforts to move his 120,000 man force up the York and James peninsula toward Richmond. When we last wrote of him, he was angry about Lincoln withholding McDowell’s 1st Corps to protect Washington. He was also much fooled by Prince John Magruder’s theatrics in giving the appearance of a Confederate army far in excess of the 13,000 he commanded. Therefore, McClellan set up a siege – digging and bringing forward 103 heavy guns. Believing the Rebel position was weak, General Joseph E. Johnston began moving his entire army to the peninsula – stating that “no one but McClellan could have hesitated to attack.”

By the early days of May, McClellan’s position was nearing full fortification. On the evening of the 3rd, Johnston abandoned the Confederate line and retreated up the peninsula. Not anticipating this action, McClellan moved in an attempt to cut off the withdrawal by first ordering Bull Sumner to attack the Rebel rearguard. This began the first pitched battle of the Peninsula Campaign, matching 41,000 Federals against 32,000 Confederates. 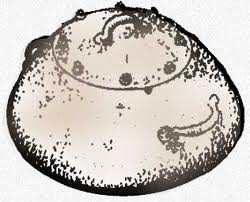 As the Union men entered the abandoned entrenchments and redoubts, they also encountered a new terror of the battlefield for the first time in history – land mines (called torpedoes in that day). This was seen as an unethical technique that was “barbarous” … though both sides would use them as the war went along. Of this development, McClellan telegraphed Stanton: “The Rebels have been guilty of the most murderous and barbarous conduct in placing torpedoes within the abandoned works near wells and springs; near flag-staffs, magazines, telegraph offices, in carpet-bags, barrels of flour, &c. Fortunately we have not lost many men in this manner–some 4 or 5 killed and perhaps a dozen wounded. I shall make the prisoners remove them at their own peril.”

As a quick summary of the actual battle, initial Union attacks were repulsed under the direction of General James Longstreet, threatening to overwhelm the Union left flank. Kearny’s Division halted this threat, while Hancock’s Brigade moved to imperil the left Confederate flank. Further 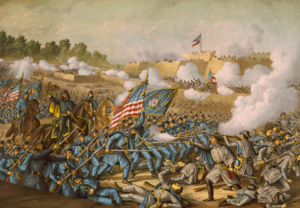 Confederate counterattacks were unsuccessful and the Southern army continued that evening to pull back toward Richmond.

Both sides saw the battle as a victory. The Union was encouraged by the retreats of the Confederates, and the Rebels encouraged that their army was saved to regroup and fight again in the defense of Richmond. It would be accurate to say that the result of the battle was “inconclusive” … with about 1600 Confederate casualties as compared to about 2300 Union.

John Quarstein, in a Civil War Trust article, summarizes thus: The Battle of Williamsburg, called by McClellan “an accident caused by too rapid a pursuit,” was an opportunity to destroy Johnston’s army before it could reach the Confederate capital; however, success slipped away from the Army of the Potomac. The Union victory at Williamsburg was marred by the Federal command’s inability to aggressively grasp the tactical opportunities made available by the Confederate retreat. (http://www.civilwar.org/battlefields/yorktown/yorktown-history-articles/peninsulaquarstein.html)