The 1st Minnesota Regiment at Antietam

This past Saturday (3/3/12) I joined with our chief battlefield guide Jim Rosebrock for a special walk across the field following the path of the 1st Minnesota Regiment. 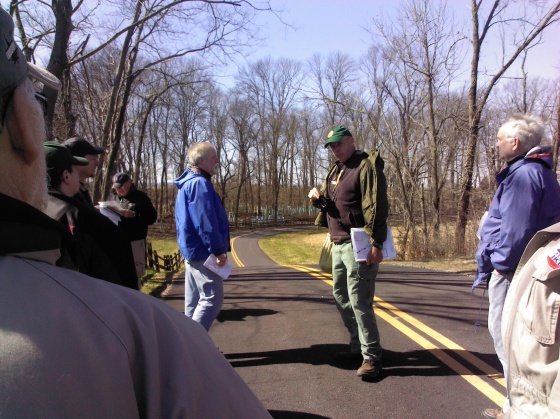 We have been challenged as Antietam Guides to develop some focused tours and topics to add to our basic overall macro-tour of the Battlefield, and this effort by Jim was presented in that vein.

I attempted to take some video of the excursion to put on our Facebook / Web Page (www.antietamguides.com), but the wind was simply too severe to make the audio sufficiently clear. But a group of 10 guides and enthusiasts walked the path of this regiment from the East Woods, crossing the Cornfield and Hagerstown Turnpike, into the West Woods and beyond, while also following their path of retreat toward the Poffenberger Farm.

There is nothing quite like actually walking the ground to gain a fuller appreciation of the circumstances of the battle. Getting out of the car and covering the terrain adds a new dimension of appreciation for the contours of the entire landscape. The varied moments of the conflict are also vividly captured by occasional readings of original sources at the actual spot being referenced, and there is an abundance of good materials to quote. 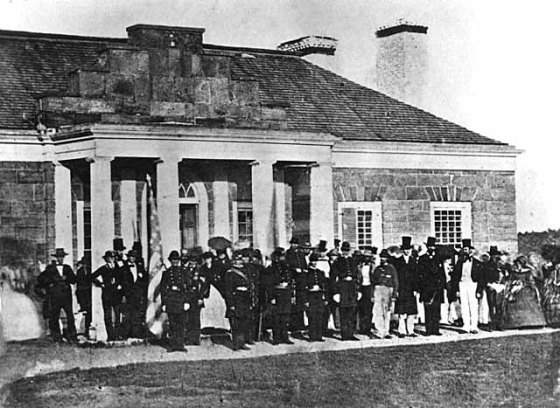 The 1st Minnesota was the very first unit of troops offered to fight for the Union upon the shelling of Fort Sumter. Minnesota Governor Alexander Ramsey was in Washington at this time, and promised Lincoln that his state would raise a 1,000-man regiment. Fort Snelling, MN was the location for the rendezvous and training of these new recruits.

The Minnesota boys were on the extreme right of the first of the three lines that entered into and through the West Woods – only to be ultimately flanked by Rebels arriving from the south, behind the Dunker Church. Actually walking into the West Woods gave us an appreciation and understanding as to how they faced fire from the right (Nicodemus Heights), the front (Houser’s Ridge), the left (the enfilade of McLaws’ troops), and even the rear – as the Confederate tidal wave flowed into a gap behind them.

I have long believed that these sorts of special interest excursions could be a wonderful supplement to the current offerings of the Guides program, and I look forward to the development of others – having suggested offering a Doubleday walk looping from the North Woods and across the Cornfield and back. I actually have done this with a group in the past, as I have also presented a Frederick Hitchcock walk from the Visitor’s Center, past the Mumma and Roulette farms, and ultimately “attacking” Bloody Lane along the path of the 132nd PA. (I will add that neither of these were quite as micro-focused as Jim’s walk, as I included overview materials of the entire battle – probably still a value for all but the most conversant with battle details.)

A final lesson from the Saturday walk was to learn what shoes NOT to wear the next time. It was wet and we were walking through mud and woods, so I wore work boots – and am still paying for that decision! But a lot of the soldiers there almost 150 years ago would have loved to have had my clodhoppers!

Posted by Randy Buchman on March 5, 2012 in Antietam / Battlefield Guides.