324 Years Ago Today: The Germantown Protest Against Slavery

Once in a while at Antietam while doing tours – like maybe once a year – I meet someone who has a very strong and passionate feeling that the Civil War had very little to do with slavery … that the concepts we have as moderns have been blown massively out of proportion relative to the significance of the issue at the time.

I also remember one day (about 1981) in a religious history class at my conservative evangelical seminary I attended in Dallas, the professor was making a point that those of us educated in Northern schools were taught that the Civil War was ONLY about slavery to the exclusion of understanding pertinent economic issues and the Southern values of state’s rights. There was a very annoying Southern fellow seated near me who was “amen-ing” the presentation in a rather provocative fashion, and being a good Yankee, I told him to “shut his rebel mouth.” So there we were – a couple of future church pastors – about ready to come to blows in a seminary class, over the causation factors of the Civil War.

Certainly this is a topic not lacking for debate over the past century.5!  But to deny a very substantial and significant role of slavery passions North vs. South is to deny a tremendous bulk of the literature from the period.

In the 1850s and 1860s, the issue was not a new one in America of course. We know that the debate was smoldering for decades … even noting some few comments dating back to the Founders.

Among early abolitionists in America were many (though not all) Quakers. A reading of James Michener novels like Chesapeake depicts the early role of this group against the injustice of this forced servitude.

On this date in 1688 in Germantown, Pennsylvania (now a portion of Philadelphia), four Quaker men stepped forward to register their official disdain in what was known as the Germantown Protest Against Slavery. This was the first American protestation against slavery made by a religious body.  Their arguments formed the following outline:

1.  The Golden Rule – They argued that if Turks were to enslave Whites, they would certainly expect and honor Whites fighting for their freedom … so why should it be different for Blacks?

2.  A Biblical Injunction Against Theft – Blacks were stolen from their homes and forced into slavery. So many of those who were reading the Protest were people who had recently themselves escaped a large measure of intolerance in Europe – so why would they not be offended by inflicting even worse upon others?

3.  A Biblical Injunction Against Adultery – Slavers forced adultery on men and women by breaking up marriages when they resold husbands and wives to different owners. How could such actions be condoned by Christians? The bad report of American slavery shocked even the conscience of Europe.

The Protest was lost for many years until being rediscovered and printed in 1844 during the controversial era leading up to the Civil War. Surely the country would have been better to have listened to the protestation of these men so many years before the War and even the actual founding the nation. 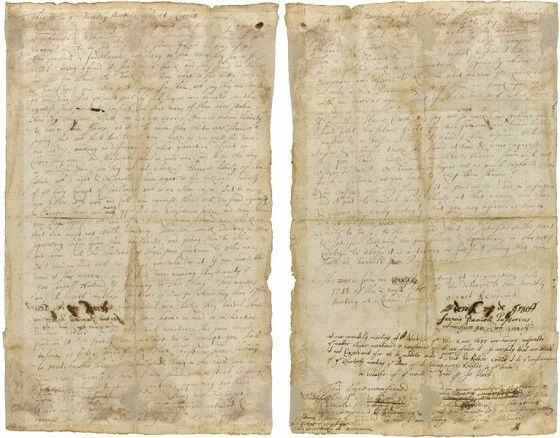