150 Years Ago In Williamsport, MD

Though I do tours at Antietam – situated just outside Sharpsburg, MD – I actually live about 5-6 miles from the Battlefield, closer to the town of Williamsport. I’m literally on the edge of the two zip codes. The property on the other side of the fence of my south border is in the Sharpsburg postal region, while I am Williamsport.

My children have gone to Williamsport High School, and I have been the Head Cross Country coach there for the past 12 years. Everyone connects me with Williamsport, and I’m mighty proud of it. I’ve lived in this area for 18 years, being originally from New Jersey. Though there are more than a few highly educated and professional people in the Williamsport area, it remains a working class town and region … especially by New Jersey standards.

150 years ago this winter, Williamsport was the host of another bunch of Yankees – the 13th Massachusetts. The bulk of these soldiers were from Boston and its environs, and they were an educated and cultured bunch – much evidenced by the content of their letters home.

I really have to laugh at some of the remarks they made as descriptive of Williamsport and its people in 1862. Here are some excerpts: 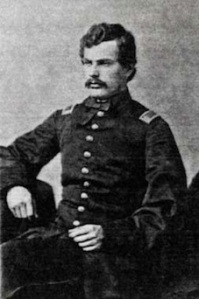 John B Noyes of the 13th Mass

I have never given you a description of the town of Williamsport which contains within it a goodly number of secessionists.

The sheriff is a very intelligent gentleman, but most of the “crowd” are tradesmen & farmers of very moderate attainment, their chief occupation now being to sit all day in the bar room, taking a glass now & then, and to walk by way of  variety 3 times a day to the dining room for the purpose of supporting their constitutions.

From the writings of Charles E. Davis (reflections from 1907)

Our regiment reached Williamsport, Md., early in October. The town was situated on the north bank of the Potomac river and prior to the war had acquired an unenviable reputation by reason of its being the winter rendezvous of canal boatmen who made the place lively with drinking and gambling, to the very great annoyance of the good people who resided there and whose feelings were often outraged by disturbances that grew out of cards and alcohol – a combination that rarely brings pleasure or happiness to a peaceful community. 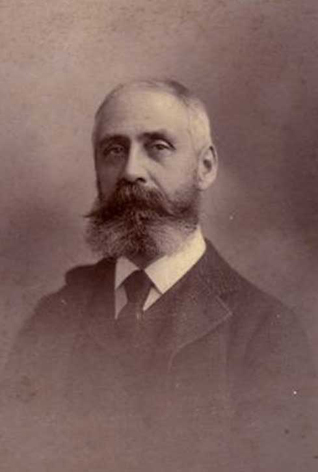 But apparently not all the girls of Williamsport were Southern sweethearts, as Davis goes on to speak a great deal about one in particular – a Marie Antoinette Lydia Corbay – who made her first acquaintance to the 13th by threatening them on the streets with a raised fist, saying she could lick any of them … and apparently they believed her!

The next time we had the pleasure of meeting her was while stationed in the bar-room of the Eagle Hotel. It was during the morning, after the early drinkers had subdued their thirst, and an interval of quiet had occurred before the eleven o’clockers appeared, that she made her appearance. Our interest in “southern ladies” was renewed and we carefully inspected her appearance. Marie Antoinette Lydia Corbay was not a beauty and took no pains to supply the defect … She resembled that tribe of Amazons we read about as inhabiting the forests and banks of the mighty river of that name … It is difficult for a person brought up in New England, enduring the rigor of a fickle climate, to appreciate so artless a nature.

Two years or more after our departure from Williamsport we learned that Marie Antoinette Lydia Corbay, being impressed with the idea that divided skirts were more suitable for one of her disposition, had adopted the habit later worn by Dr. Mary Walker, commonly known as trousers, and proved conclusively that she was a freak.

Well, the more things change the more they stay the same! About Williamsporters? No! About Bostonians and their condescension!

[This is from a collection of materials at Harvard University, and may be viewed at http://oasis.lib.harvard.edu/oasis/deliver/~hou00214]

Another good source for the 13th Mass is the web page http://www.13thmass.org/index.html