C.I. Scofield of the 7th Tennessee

We tend to make a big deal over those who died at Antietan, and rightly so. But we sometimes forget about those who went on from that bloodiest single day in American history to accomplish great things in their lives. There were so many who became college presidents, governors, representatives and senators, and even two Presidents: Hayes and McKinley. Washington Roebling – who built the Brooklyn Bridge – served as a junior member of McClellan’s engineering staff. 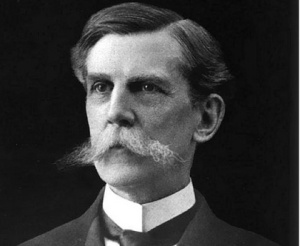 And future Supreme Court Justice Oliver Wendell Holmes, Jr. was left for dead in the area of the West Woods (recovering to live to age 94).

I would venture to say that, in some way, all of our lives have been impacted by some surviving person(s) who was in or around Sharpsburg, Maryland on September 17th, 1862.

This post is a study of the personage at Antietam who likely most impacted my own – albeit years and years later. He was a Confederate named Cyrus Ingersoll Scofield of the 7th Tennessee. At the very end I will detail how I am impacted by this simple soldier.

A Quick History of the 7th Tennessee

The 7th Tennessee had a long history that encompassed the entire war, fighting in all of the major battles and campaigns in the eastern theatre. It is not known how many volunteers began with the regiment in the summer of 1861, but there were a mere 47 to surrender at the end. The 7th was most often combined with the 1st and 14th Tennessee in what was known throughout the war as the “Tennessee Brigade” and then later as “Archer’s Brigade” under James J. Archer.

The 7th in the Maryland Campaign of 1862

In the summer of 1862, the Brigade became a part of A.P. Hill’s Light Division, and as such was a part of the Battles of 2nd Manassas (2nd Bull Run), Harpers Ferry, Sharpsburg (Antietam) and Shepherdstown (September 19th and 20th). By this time, having endured losses at each battle along the way, and suffering much from disease and straggling, the Brigade was down to about 350. In fact, it is said that at Antietam there were but about 100 effectives, of which 30 were killed or wounded.

As a part of A.P. Hill’s Division, the role played by this Brigade was one of saving Lee from destruction by arriving upon the south end of the field late in the afternoon. Archer’s Brigade followed Gregg’s South Carolinians and Branch’s Brigade by solidifying the final line of counter-attack that ended the action of the day. Before Hill’s men arrived, by all appearances, Lee was about out of options and in grave danger of being defeated. Truly, the arrival of Hill’s men at the end of a 17-mile march and river crossing saved the Army of Northern Virginia from utter disaster.

Among those 70 or so from the 7th Tennessee who survived the Battle of Antietam was a 19-year-old Cyrus Ingersoll Scofield … who had joined the regiment in 1861 by claiming to be age 20, when he was in fact but 17 at the time. It is said that he was a good horseman who often carried messages while under fire. It is also reported in several references that he was awarded the Confederate Cross of Honor for bravery at Antietam. I am unable to verify this as his name does not appear on any list. The Cross of Honor could refer either to an official award given by the Congress of the Confederate States, or, it could refer to a later honor given to veterans in the period after 1898. It is more likely from this latter source that he may well have been given such – the knowledge of which comes down from oral transmission.

After the war, Scofield worked for a time as a politician and lawyer. His reputation was less than honorable in these pursuits, his life was out of control with drunkenness and thievery, and his wife ultimately divorced him and took their two children.

In 1879, C.I. Scofield experienced an Evangelical conversion at a church in St. Louis. He was radically changed and began at once to grow in the knowledge and communication of his new faith. He was licensed to preach by the St. Louis Association of the Congregational Church, and in 1882 went to Dallas, Texas to bring new energies to a struggling parish of that denomination. The Dallas Church (now an independent congregation called Scofield Memorial Church) grew from a handful of people to over 800 by the time he departed for a new church ministry in Massachusetts in 1895.

Due to his skills as a speaker and teacher, Scofield over these years became a regular part of the growing and popular Bible Conference movement. There he became well-acquainted with such men as D.L. Moody and J. Hudson Taylor – the founder of China Inland Mission. Scofield’s systematic teaching of Scripture developed into a correspondence course, and ultimately found a more final and permanent form in the publication of the Scofield Reference Bible in 1909. Many tens of thousands of these were purchased over the years and were instrumental in popularizing a theological system called Dispensationalism (for more detail on this, see my personal/church blog at www.thewordofrandy.wordpress.com).

My Connections to this Story

There is no way my life would be what it has been without the life-long influences of this man who survived the Battle of Antietam 17 years before getting his own life centered. How?

1.  My entire family system was impacted by the Bible Conference movement and multiple people over generations of teachers with a direct link back to Scofield.

2.  The central elements of my overall view of Scripture are fully informed by the theological system called Dispensationalism … and though Scofield was not the originator of this system of biblical interpretation, he did more to popularize and spread it than anyone else (again, see my other personal blog for the details).

Philadelphia College of Bible about 1970

3.  I attended Philadelphia College of the Bible and Dallas Theological Seminary – having two bachelors, a masters, and a doctorate from these academically robust institutions.

4.  While a grad student in Dallas in the 1980s, my wife was for three years a first grade teacher at the Scofield Christian School – an adjunct ministry of Scofield Memorial Church.